National Team Tested on their way to Moscow

On a sun drenched Centrala IP, Lugi Lions RK hosted the Swedish national teams final training camp before the squad fly out to Moscow in just over a week’s time to take on Europe’s best sevens teams in the Grand Prixs. Due to some internal issues, the Danish union did not send their team as advertised, but this only meant that the combined Lugi, Pingvin, Kalmar and Malmö team got more of a run out.

In total, four matches took place, with Sweden victorious in each game; but their dominance in the win column was not without the Skåne team providing a stern test in two of the games as early leads threatened the national team’s clean sweep. The competitiveness of the games was highlighted by Sweden’s head coach Andrew Franco complementing the Skåne girls on their play and stating that the selection process had missed a little talent, something which he aims to correct in the future with more camps to be held in the south.

On the pitch, Lugi were represented by Michaela Rydén and Martina Vivlund in the blue and yellow of Sweden as well as Anna Thynell, Elizabeth Sonnenholzner, Malin Andersson and Sandra Olofsson who all took to the field for the Skåne team. All girls acquitted themselves very well on the pitch and as usual are a credit to their club.

The club would like to thank all those that came down and supported both teams today as well as those who gave their time to set up and clear the pitch afterwards. Once again the club would like to wish all the best to team Sweden in their upcoming tournaments and we’ll do our best to keep you all up to date with relevant news on our girls. 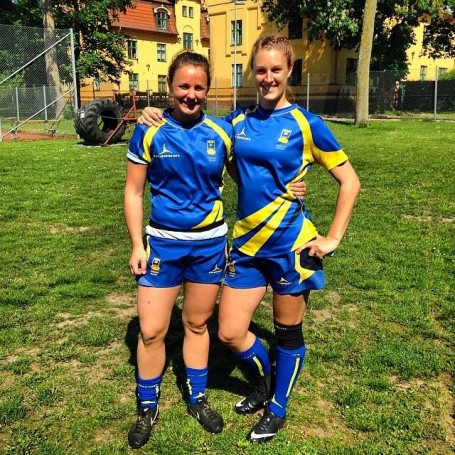 As has become customary, the Swedish rugby year got kicked off with Håckes Cup in Tipshallen, Växjö. With the ladies section expanding to twelve teams this year, seeding had taken place for the drawing of Read more…

This year’s AGM will be held on the 3rd of April, 12:00 at the clubhouse. All members are welcome and encouraged to attend. Any motions that you want to bring to the board need to Read more…