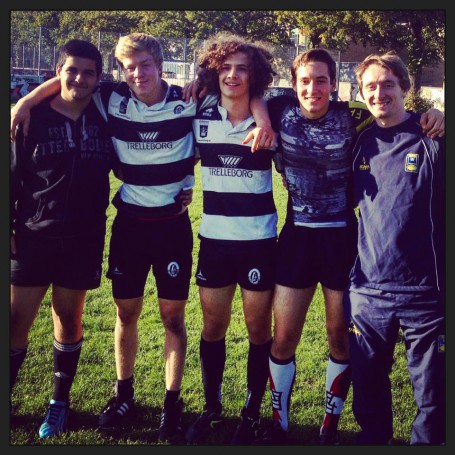 Following the Talent Development Program’s (TUP) monthly training sessions focusing on the game’s core skills, the TUP Skåne boys finally had the opportunity to put all that they had learnt into practice in a game against a Danish team comprised off boys born 98-99. The game was played in sunny Copenhagen and the TUP team consisted of boys from the clubs Pingvin, Malmö and Lugi.

In a game that saw a fantastic team performance turn around a first half 14-0 deficit into 21-19 victory, pleasingly, our Lions all made a significant contribution on a individual level. Hooker Diogo Soares made his presence felt with a couple of excellent breaks around the fringes of the breakdown, Gustav was on hand to execute crucial and dominant tackles on the wing as well as contributing with his usual elusive running, Daniel showed remarkable assurance with ball in hand for only his second game and Oscar bagged TUPs opening try, having had the awareness to capitalise on the opposition’s mistake near their own goal area.

Following the game, the TUP coaches; Paul Wharton (Pingvin), Peter Ahlgren (MRC) and Ross Watson (Lugi) praised the boys for their efforts as a team after the initial rocky start, identifying one of the keys to the turnaround as coming from the boys’ ability to make positive tackles, which put constant pressure on the opposition’s ability to create effective attacking ball. This would have been particularly pleasing for the whole program, given that ‘tracking and tackling’ is one of the core skills that the TUP aims to develop in the boys pathway to higher levels of performance.

Footage of the game can be found on Youtube.

From here the TUP program hopes to play a return fixture against the Danish team, before taking on the other TUP regions at a date to be determined. 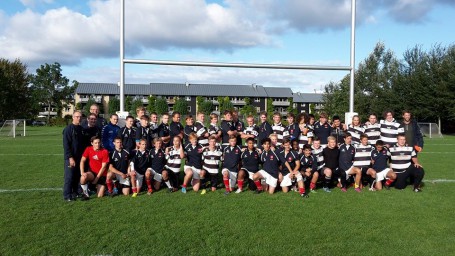